Why is COP26 important?

From 31st October to the 12th November 2021, Glasgow welcomes world leaders and delegates for the international climate change conference, COP26 (and Joe Biden to a football club in Paisley). St Mirren aside, throughout these two weeks, we’ll see 200 countries band together to work out how we can drastically reduce our emissions by 2030.

What we’ve heard from COP26 so far

We’ve heard announcements on how each country plans to limit global warming. Most countries set out their plans beforehand, but we’ve had updates on: 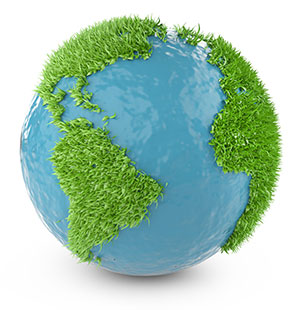 The climate change plans announced throughout COP26 should create a roadmap that details how we’ll reach net zero by 2050. And will bolster the promise made in Paris in 2015 – to keep global warming “well below” 2°C, with the aim being 1.5°C.

The tech industry and carbon emissions

It’s often the heavy hitter carbon emitters (like aviation) that get dragged over the coals (yeah coals, environment, I went there). But the amount of energy the tech industry consumes, creates a much heftier carbon footprint than some might think. And the global economy has started asking what we’re going to do, to tackle the climate crisis.

Most of the tech industry is virtual. From online profiles floating about the ether, to cloud storage and virtual desktops for home workers. It’s all so seamless and invisible, that it’s hard to imagine a big room full of hardware and cables.

But behind clouds are rooms filled with servers. Servers that pump out a lot of heat. ‘More often than not, that heat gets thrown away, dribbling out into the atmosphere. The scale of this invisible garbage is huge: About 70 percent of all the energy produced by humanity gets chucked as waste heat.’

So green start-up Katrick Technologies set out to turn that waste heat into something useful.

What did the Romans ever do for us?

While Katrick’s technology is pioneering for the tech industry, they’re not the first to utilise waste heat. Along with modern plumbing and roads, the Romans seem to have had a go at using the waste heat from their saunas to keep their grain stores dry.

More recently (well 1882) Thomas Edison built a power plant in Manhattan, and used the steam produced to heat the nearby buildings. And today, the car you drive uses the heat from its engine to keep you warm behind the wheel. And in 2020, one of Facebook’s data centres in Denmark, began channelling its waste heat into nearly 7,000 homes.

All of these examples are about using heat waste to heat other things (cars, homes, grain stores). But data centres don’t need more heat, they need cooling. So Katrick set out to see how they could use waste heat to cool things down.

How Katrick Technologies use heat to cool down

Katrick Technologies have designed a world first heat removal system for iomart’s Glasgow data centre by using the heat we don’t want, to provide the cooling temperatures we need. The heat removal system uses two fluids. Both have different thermal and physical properties. When heat is applied, they react to create fluid vibrations. Specialised fins then capture those fluid vibrations and convert them to mechanical oscillations to chill our servers. Pretty cool right? 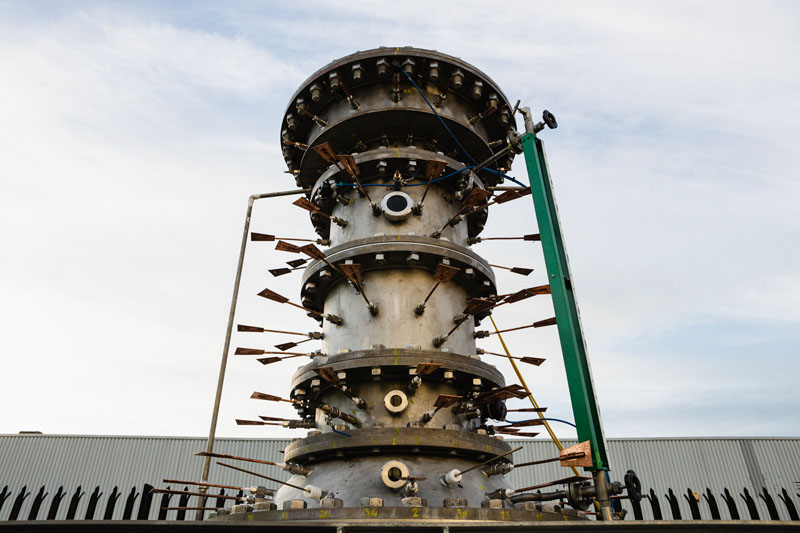 And while iomart are piloting the programme, the plan is to share the technology far and wide. Katrick want to significantly reduce the impacts of climate change with technology that is simple, adaptable and accessible to everyone around the world.

The future of hot air in tech

The next step is turning waste heat into electricity. And Katrick are already on it. In the next few years their waste heat engine will capture low grade heat (from temperatures as low as 30°C) and convert it to carbon-free electricity. This electricity can be used anywhere. On servers, in homes, to charge your laptop (literally anywhere). Their new technology is so flexible it can even be used to capture heat generated by combustion engines so the engine can effectively power itself. So, in the not so distant future, you could be boarding a carbon-neutral jet engine.

If you’d like to find out more about how we can help, get in touch.